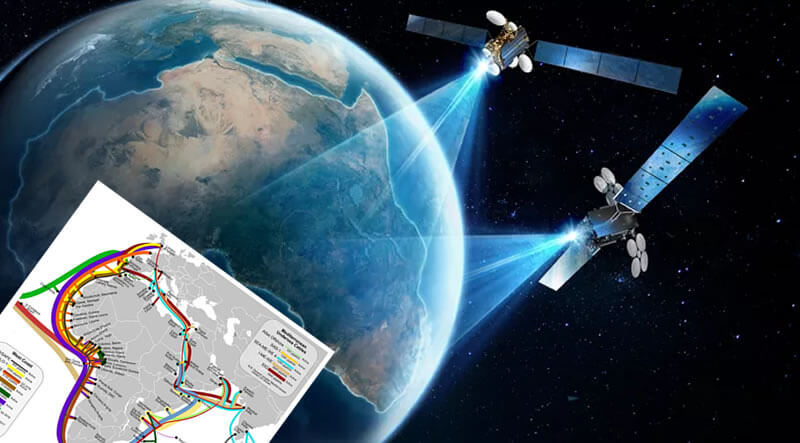 The COVID-19 pandemic has exacerbated many issues across the United States, but possibly none more so than “the Digital Divide.” The digital divide encompasses a massive discrepancy in internet accessibility across the United States based on geographic location. Those in cities are accustomed to a selection of affordable, high-speed fiber-optic and cable internet providers, while consumers in rural areas are often left with one high-cost, barely functional satellite internet provider. This has been an issue across the country for quite some time now, but with COVID-19 forcing many workplaces and educational systems into an online format, internet connection is important now more than ever.

Many geographically isolated school systems have had very tough times adjusting to online learning due to many of their students having no internet. Even if they do have internet access, it’s generally satellite-based, which means is very expensive and unreliable. Add in the fact that many households have multiple children or parents who need internet access to function due to COVID-19, this poses a huge issue for rural communities.

Thankfully, many state and federal government entities have quickly jumped into action to attempt to remedy the issue. The biggest reason why cable and fiber-optic internet providers won’t expand into rural areas is the lack of financial payoff. That’s why grants and financial incentivization play a huge part in bringing higher quality to rural areas in the United States as fast as possible. The big question now is which method to utilize in reaching these underserved areas. Should we choose to invest in upgrading the technology and networking of satellite internet providers, or instead expand cable and fiber-optic networking into rural areas?

The Federal Communications Commission has already begun the process of awarding grant money for satellite internet providers to expand and upgrade their networks. A recent example of this is the FCC’s “Rural Digital Opportunity Fund,” which began accepting applicants late this October. The fund is providing $16 million of support over 10 years to help service providers reach underserved or non-served communities. They prioritize awarding funds to internet providers who will be able to provide high-speed internet that is desperately needed in rural areas.

One of the largest companies already competing for this federal money is Elon Musk’s SpaceX, with its fleet of Starlink Satellites. They claim they’re already able to provide signals beyond 100mbps, which far exceeds current internet satellite speeds. The technological advantage they hold lies within the distance at which their satellites orbit the earth. Most satellite internet providers operate Geosynchronous (GEO) satellites that sit roughly 22,000 miles above Earth and provide a very wide range of coverage, but high latency and slow speeds. SpaceX’s Starlink Satellites are Low Earth Orbit (LEO) satellites that sit around 1,200 mi above the earth and provide a much stronger and reliable signal. The main downside to the Starlink satellite system is that their LEO satellites are forced to continue moving in orbit, meaning they can’t provide a constant signal and consumers have to switch from satellite to satellite occasionally and will have occasional breaks in coverage. They also have an issue with the longevity of their satellites, as they rushed to get many into orbit quickly and they’ve already begun to stop function or deorbit.

SpaceX isn’t the only competitor in the marketplace either. HughesNet, an already existing provider of satellite internet plans to roll out a 100mbps service that could rival the Starlink system. Plus, due to HughesNet operation in a higher orbit, they need fewer satellites to hit the same area of coverage, which could be huge in terms of cost-effectiveness and passed on savings to their consumers.

Ultimately, this pandemic has shown many the glaring need to close the digital divide and help our rural communities receive a better and more reliable internet connection. It has also shown us a variety of ways different government agencies and private business have approached this dilemma, and how satellite internet could play a huge role in helping boost our country’s digital infrastructure.

Read More:   Not Getting the Most Out of Your Data? Try Signal Processing
previous post

The 3C of Hosted QuickBooks: Continuity, Collaboration, and Centralization

Reasons why Managed IT Support Services

Why Universal Healthcare is Something Organizations and Countries Cannot Choose to Ignore in 2020?