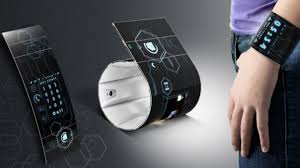 You must have heard about the concept of the Internet of Things (IoT) dominating devices such as smartphones, computers and many more.

If you wish to know about the future of IoT that may change the way you use smartphones and other devices, continue reading!

Internet of Things (IoT) is an internet-connected network of devices or objects that are able to accumulate, process and share data of varied nature.

Over the years, the dominance of IoT has grown fast, and the future needs of people are going to be impacted by it. Nowadays, IoT is not about just connecting smartphones and computers anymore. There are multiple devices that we need on a daily basis need internet connectivity to serve people, and it is where IoT comes into the picture.

Let’s see how IoT will influence the way we use the internet on smartphones, computers and other devices in the future. Have a look at how emerging technology will shape its usages over the years:

According to a report released by International Data Corporation, IoT enabled devices are expected to garner about 80 Zettabytes data by 2025. Also, the technology is expected to grow at a growth of 28.7% between 2020 and 2025. Even Statista says that by 2025, about 75 billion devices are expected to be connected with IoT. Smartphones under 10000 and beyond will be one of the commonest devices that will have people connected via IoT. Overall, IoT will be prime technology that will be the next step towards making the world a connected place.

Since IoT refers to the data transfer over a network and no company should leave stones unturned to ignore it if it’s related to their customers and personal details. On the other hand, machine learning is a type of Artificial Intelligence that assists systems in learning without having to program them. Based on the data that a computer receives, it understands a user’s preference and adjusts itself accordingly. To ease off the high amount of customer data, IoT will permit data flow between devices like computers and smartphones. This way, AI can and is expected to manage this data without possible human errors. Thus, IoT will also assist the AI technology to grow further, and even AI will be taken as a propellant to the IoT revolution growth.

The 5G network will be the key for IoT to become capable enough to connect and support more devices to process data transfer without issues. From 2020 to 2030, IoT enabled devices are expected to expand from 75 billion to 100 billion. And the transition of 4G phones to upcoming 5G phones will be a major factor bringing about more devices under the umbrella of IoT. As things stand today, the 4G network of these days can support up to 5500-6000 NB-IOT devices on a single cell. With 5G network set to roll out in India soon, you can expect up to 1 million devices being handled by a single cell.

You are now aware of trends and possible future of IoT technology in upcoming years. One of the key devices that will facilitate the growth and development of the Internet of Things technology will be smartphones.

Just like so many phones under 10000 are available in India with AI technology, you can and will also be able to use IoT based apps on then soon.

The overall cost of using IoT, AI and other dominant technologies in the future will be affordable. It is and will be more affordable in the future, given the cut-throat competition between mobile phones in India to win a large share of the market.

By and large, the future of internet connectivity and speeding data sharing looks promising in lucrative makers like India and others.

Best Smartwatches under 5000 in India

Asp.net Ranks High Among Most Preferred Development for Businesses