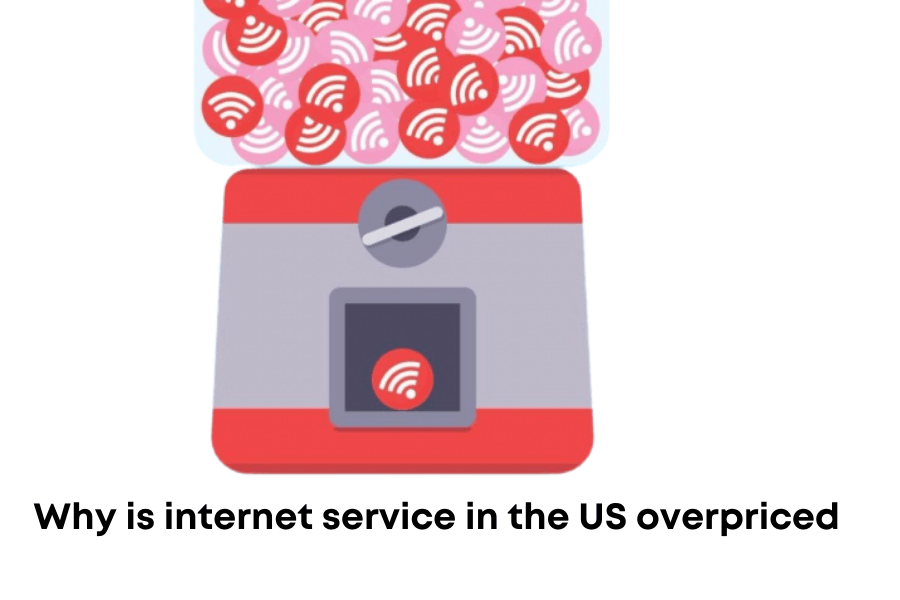 Broadband internet is a booming industry in the United States. The industry has taken new avenues in this pandemic where everyone was too confined to the home and had nothing better to do than binge-watching TV shows and online gaming. This industry throughout the years has revolutionized the American entertainment landscape. With the addition of more and more streaming services, this industry has been able to overcome the TV-based services and as a result, they have to include on-demand, DVR, and streaming-based services along with the traditional cable.

Just like every market, certain monopolies work in coherence with each other to amend the market according to their needs. The internet industry in the United States has been run by a certain block of providers that dictate the prices and how an average American will get access to the service. There are more than 50 states in the United States and these big providers have services in more than 40 on average. This means that these providers amount to more than 80% of the market share. Therefore, whatever prices they set, have to be accepted by the consumer.

Read More:   How Can Security Cameras Help in Crime Investigations?

The United States genuinely lacks competition when it comes to internet providers. Although there is an ease of doing business, an internet service requires great investment to even penetrate the market. If you have to create competition, you would need a provider that is accessible to more than 40 states. The high infrastructure cost renders it practically impossible. The local providers are outshined by big ISPs, therefore there is no margin for penetration. This lack of competition reflects through increase internet prices for the consumers.

Charter acquired Brighthouse Network and Time Warner Cable in 2016. Charter Spectrum is now serviceable in more than 40 states. Other providers like Mediacom Internet are only accessible in 18 states. There is great parity in the accessibility. The reason is simple. Charter was able to invest big in the market and acquired other providers. This sets a precedence that you need to invest high in order to step into the world of top internet providers. Unfortunately, no one is willing to put this much investment and this has confined the industry to the big ISPs leaving no room for others to grow.

How does the internet industry function?

There are different connection types available in the United States. These connections include Cable, DSL, Fiber, Cellular, and Satellite. Spectrum, Comcast, and AT&T are the three big providers in the country with services in more than 40 states. Cable internet is quite common. The cable internet uses the coaxial cable infrastructure that is used to transmit TV service. Spectrum, Mediacom, and WOW! are cable providers. AT&T is a satellite provider and has the biggest area coverage.

How do other countries make the internet accessible for all?

Now, we all know that the prices are high because of the internet service provider’s monopoly, lack of competition, and infrastructure. How do you solve this problem? There is a simple solution employed by all the other countries. In Europe, the internet service is quite cheap. They achieve this by canceling the monopolies. All companies are required by law to lease their infrastructure and pipes carrying the internet to their rivals. Therefore, this creates more space for the competition to grow. More and more ISPs emerge in the scenario and as a result, the internet becomes cheaper for an average consumer.

If you download a movie in Paris, Zurich, or Tokyo, it would take no more than 7 seconds to download the movie. The best part is that for such high-speed internet, the consumers pay less than $30 per month. Similarly, for speeds like these, an average American would be paying more than $100. It will take you a couple of minutes to download a movie with the fastest speed available. This is where we are at the moment and necessary steps should be taken to lower the prices and foster competition.

What Is Supply Chain Management (SCM)?

Rant and Rave – How to Vent Out on the Internet