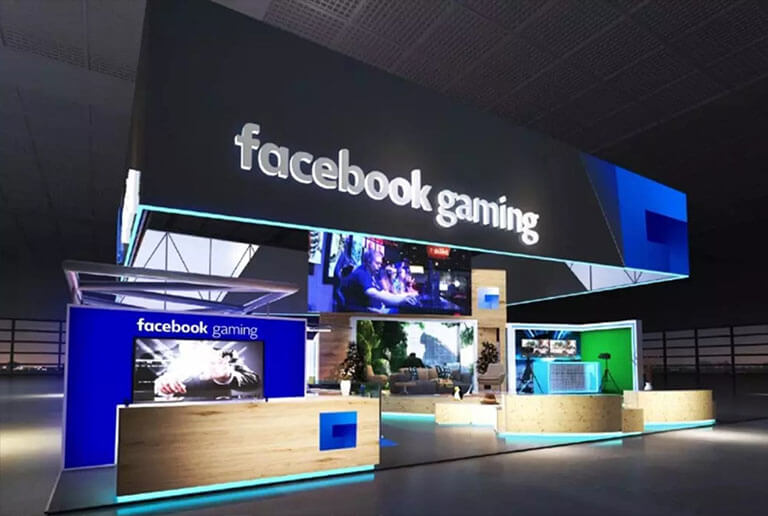 Facebook gaming is Mark Zuckerberg’s new bet to gain a foothold in the streaming gamer industry and reach the public with its video game streaming platform, virtual reality technology and cloud games.

In fact, Facebook gaming is an esports-focused video streaming platform. It should not be forgotten that Facebook has included games on its online platform for many years. These are very simple games and are usually multiplayer to share games with contacts on the social network.

However, this functionality was lagging behind against an emerging industry such as esports . For this reason, Facebook expanded its possibilities towards streaming that were only accessible from the web, or in a very limited way through the mobile. Until now.

The objective of Facebook gaming is to compete with the two giants that monopolize the industry for this type of broadcast: YouTube and Twich. To do this, they have improved their services and have already released a downloadable version for the smartphone. Do you want to know how Facebook Gaming works? Here you will find all its news.

With the aforementioned, it must be made clear that Facebook gaming already existed a couple of years ago. The novelty now is that it is now available to download on Android devices. Soon, it will also be available on the App Store.

In fact, Facebook’s streaming platform arrives well ahead of schedule. Possibly it is the result of seizing the moment to reach users who are locked up and bored during quarantine. By spending more time online, the amount of time spent on social media has also increased dramatically.

Furthermore, according to a report by App Annie , during the first quarter of this year the time spent on social networks and other mobile applications has increased by 20%. It is no wonder that Facebook wanted to take advantage to reach a wider audience.

The Facebook Gaming offer alternates between products aimed at people who usually consume esports on Twitch and those that lean towards a more informal type of game, such as Words With Friends.

We must not forget that for more than a decade Facebook has implemented games on its social network like FarmVille. Without a doubt, the Facebook games had a great engagment and, to this day, they are still very popular. Later, it launched a live streaming service to compete with the Amazon Twitch “Gaming” section.

And although it is true that there are better and more established video game streaming services, Facebook Gaming represents a new opportunity for the social network. It seeks to gather the possibility of continuing to play its most popular titles, by accessing and creating streams from the smartphone.

Facebook has signed deals with celebrities from the gaming industry

As a strategy to generate engagement, Facebook has recently tried to attract well-known players by signing exclusive streaming deals with celebrities and micro celebrities. Some of them, like former Super Smash Bros. professional Gonzalo ” Zero ” Barrios, or even strategy player Jeremy ” Disguised Toast ” Wang.

The strategy has managed to attract a little notoriety to the platform and has positioned Facebook Gaming in third place in the streaming wars behind Twitch and YouTube.

According to data from the social network itself, during the first quarter of this year, Facebook gaming received around a sixth of the hours viewed by Twitch and half of the “Gaming” section of YouTube.

That being said, Facebook games are generally not as polished as those typically seen on Twitch. However, there are already a handful of well-promoted streamers whose past pages and videos are very popular.

The esports industry, one step away from being the main cultural industry

As stated by the doctor of psychology Héctor Fúster, “the smartphone has meant a democratization of the video game” . Thanks to the massive use of mobile devices, anyone, regardless of age, can become a gamer. This is opening a real possibility for video games to become the main cultural industry. Even, ahead of cinema, music or literature.

Furthermore, in recent years the electronic entertainment industry has achieved an income comparable to that of the film industry. And during 2019 the international videogame market reached the figure of 107,000 million euros. This has supposed a growth of 3% in comparison with the registered the previous year.

As for the audience , it is estimated that there are currently 2.5 billion people worldwide with this hobby . This represents almost a third of the world population. If you look at the European percentages, it stands out that 54% of the population is gamer, according to the numbers of the Interactive Software Federation of Europe (ISFE).

In addition, the player’s profile has also changed. Previously, virtually all players were young, white males. Now the profile is much more transversal, incorporating people from all social strata, of all ages, races and genders.

Twitch, the competitor to beat

Being aware of the growth of the gaming sector worldwide, it is expected that Facebook wants to jump on the bandwagon. Facebook gaming is the way to compete against its main threat in the sector: Twich.

Twitch is a social network emerged in 2011 and completely focused on the gaming sector. Currently, some 3 million streamers make live videos through this platform . In addition, its popularity has been increased by giving the possibility of video streaming for other niche markets other than gaming.

Some data that can help understand why Facebook gaming needs to be more competitive against this platform are:

Seeing the current panorama, Facebook has wanted to improve its video game streaming services. For this reason, it has now released the version of Facebook gaming for mobile devices with a large number of functionalities.

About the operation of the application, just entering the first time will ask you to select your favorite games . In the same way, it will also offer you suggestions from other streamers to follow.

Its sections are divided into different tabs for news, videos, game group posts, live broadcasts, messages and games. As for the possibilities it offers, these are the most outstanding:

1.- Go Live: the new functionality to broadcast your games

The most outstanding feature of the new mobile application is the possibility of making live broadcasts of live games from games installed on the phone .

To do this, you need to press the camera button that is located both on the bottom right and on the top left of the main page.

Read More:   Rant and Rave - How to Vent Out on the Internet

In the same way, thanks to Facebook gaming you can access millions of streaming videos. View the broadcasts of the most popular video games and easily follow your favorite streamers.

In addition, you can watch live games and participate with comments. This allows you to interact with other gamers through the chat available on the right of the screen. You will also be able to see the broadcasts of professional users and official eSports competitions .

3.- A platform without advertising

As the company has clarified in the New York Times , for now they will focus on building a powerful audience before thinking of ways to earn more.

Of course, viewers will be able to send “stars” to content creators who will represent sums of money for them. For now, Facebook gaming will be free of advertising interruptions.

In addition to broadcasting your games from your mobile and accessing the broadcasts of others, Facebook gaming wants to be one more extension of the social platform .

Therefore, the application also offers a section from where you can access all the games on the platform and for free. The advantage is that it will not be necessary to have the Facebook application installed to do it.

The application aspires to be a compendium of all the functionalities, both of a streaming platform and of the social network Facebook . For this reason, it also tries to offer some of its services to users who do not want to have the facebook application on their mobile.

With Facebook gaming you can chat with all your contacts through the online games you share with them . For this, the application includes its Facebook Messenger instant messaging service.

Without a doubt, a great step to make your way in an industry that continues to gain followers and increase your income. Facebook gaming takes the big leap. Although we will have to wait to see how the reception by the users turns out.

Do you need to generate quality leads that help the work of your sales team, call center, direct marketing or inbound marketing? At Antevenio, we not only have proprietary technology for the dynamic optimization of registration pages and for the generation of leads. We also have a wide domain of Facebook, Instagram and Twitter to generate qualified leads through social ads.

The Psychology of Social Media

Exciting jobs you can look forward to with...