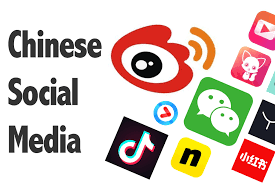 China has always been known to be extremely sensitive when it comes to internet websites. The country is quite huge in e-commerce, which also happens online through different platforms. The Chinese government has been regulating the internet domains in the country which makes China different from the rest of the world. Social media has long been used from different parts of the world. Whether for personal use or what not, millions of people are on various social media platforms. Additionally, retail brands have been in the scene by having influencers to promote certain products. However, these influencers may face different challenges in reaching out to the Chinese audience. Whatever the status or level of popularity an influencer has, promoting in China may be almost to impossible.

The Beijing Cyber Administration or BCA have instructed certain entertainment magazines to put down their accounts. The BCA is regulating the internet websites as measures to prevent gossip and spreading the poor taste of entertainment to the public. Another government branch is responsible for the managing and apprehending influencers. These so-called influencers are not given much importance and attention in China. The Chinese government is more particular with controlling what their people see and the values that can be learned. The influencers and celebrities play a key role in promoting, marketing and advertising for different brands. Also, these personalities are key tools in disseminating product messages to the public. A lot of brands from the US actually use this strategy to boost their product sales. In economy, revenue is a consideration to track consumer behavior and spending. Consequently, China is not swayed by how the strategies are approached nowadays. Authorities are quite tough to deal with since the Chinese government is keen on not discussing political issues and other indirect relations with the top officials.

Social media platforms have been developed as part of the emerging technology. Although China is into technology, there are restrictions on the use of these in the country; also the reason why certain platforms are not available. The presence of more international platforms will make it difficult for the government to look over what’s more important for their country. For influencers and brands from the US, it is definitely tough to even try to tap the Southeast Asian country. On the other hand, Chinese influencers are more open to having marketing campaigns in the US. This is the only way that the Chinese market can be included for Western retailers.

China and the US have always been involved in trade and business between each other. Transactions between the most powerful nations are not straightforward because both are quite on the defensive side to protect their own country. Furthermore, these two, have been competing since the Nanking Massacre. Processes are civil but it is evident that relations with other countries are much easier and deals don’t take the same time to close. It has come to a point wherein the political conflicts has affected investor and business opportunities.

The social media platforms have no direct campaign against the government. But China’s laws are definitely not agreeing with the freedom and content that comes with it. Besides, China has developed their own platforms and messaging app that is exclusive to the country. These abide by the rules of keeping privacy and individual users safe. The only way for foreign brands to succeed in the Chinese market is to be involved in their e-commerce industry. China has definitely strategized to be more in control of all the aspects of the society, economy, and even their people. This may be different from what the entire world is used to but it works for the Chinese.

Digital Marketing Trends For 2020: What’s Coming & How to Adapt