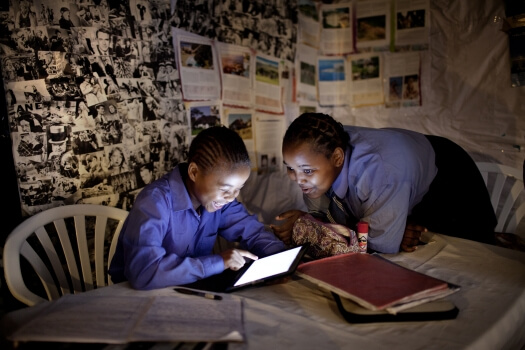 Recently, with the United States still in the grips of the COVID-19 pandemic, there is a growing trend of people moving out of high-density urban areas and into rural areas. With many in-person events closed and work-from-home and online education becoming predominant in many states, people are opting to move to less populated areas. Among some of the many reasons cited for this rural migration are significantly cheaper cost-of-living, access to more outdoor space, and the potential to purchase a living space as opposed to renting. However, there is a large issue facing this country that is hampering this movement; internet service availability.

While it’s nice to not be tethered to huge offices in cities, workers and students need a strong internet connection to be effective in their workplace. Video conferencing, online-coworking and other standard work-from-home tasks have a tendency to be fairly data-intensive.

This is where the issue lays with the rural migration of many city-dwellers. The internet systems in a majority of these areas rely on DSL or Satellite internet systems which in many cases are not able to provide the bandwidth necessary. This problem has been prevalent for quite some time in rural areas. As large cities built high-speed cable and fiber-optic networks with providers like Frontier Fios and MetroNet Internet to keep up with the evolving world, the United States’ rural areas sat stagnant as an afterthought of most internet providers.

This is a huge problem for many education systems in school districts in rural areas. With the COVID-19 pandemic, students and teachers were forced to move their entire operation remote over the internet, of which many of them had a severe lack of bandwidth. Add in the fact there might be multiple siblings or parents trying to use the signal as well, and a 25mbps satellite signal just won’t cut it.

These rural Internet woes are not only disincentivizing people from moving there, but also crippling their own remote education and workplace situations. While it may sound like a totally doom-and-gloom scenario, there are a few proposed solutions that are being worked on as we speak.

Nationally, there is a currently proposed Senate bill aimed to modernize public utility codes which would allow Internet Service Providers to utilize already existing infrastructure currently reserved for land-based telephone lines. This is a simple, low-cost way to open up more cable internet availability in predominantly rural areas. This isn’t just a national issue either, there are many initiatives in states across the country aimed at helping their non-urban areas receive better internet connections.

Take Pennsylvania, for example. A state with 2-3 larger urban cities and numerous rural communities that urgently is trying to assist its’ residents receive better connections as soon as possible. There is currently a House bill sitting on Governor Tom Wolf’s desk aimed at fixing outdated codes that disallow electric lines to be used by telecommunication companies, which would also help expand the prevalence of higher-speed internet to agricultural communities.

Another large pitfall with this issue is the cost associated with expanding rural Internet access.

Currently, even the subpar satellite internet available in these non-urban areas is extremely cost-prohibitive. In suburban or urban areas there are multiple providers for consumers to choose from which results in competition and lower rates. Unfortunately, for many in geographically isolated locations, they only have one option for a provider and are at the mercy of their pricing structure, which can be very predatory and monopolistic.

All in all, the lack of adequate internet in the more rural areas of the United States has been an issue for quite some time, but have been exacerbated with the COVID-19 pandemic forcing people to work and learn online. This has put Internet Service Providers into “catch-up mode” with some assistance of timely state and federal legislation. This whole situation has proven that Internet accessibility has evolved from being viewed as a commodity to a necessity.

The PS5 Could Be Sony’s Last Gaming Console, Ever