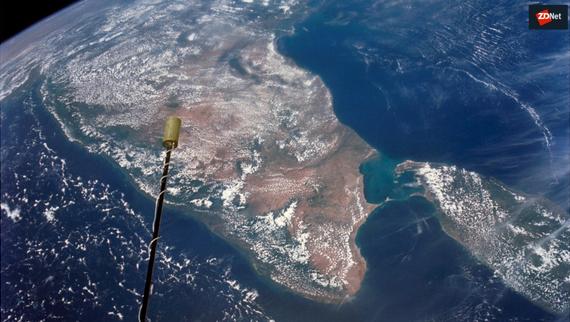 The COVID-19 pandemic forced many issues to be cast into the spotlight, but maybe none more so than the “digital divide” present in the United States. The digital divide is a term that includes many complex socioeconomic problem areas, but one of the biggest is the lack of serviceable and reliable internet to those who live in rural areas. With the pandemic forcing urban residents to seek asylum in less populated areas, as well as rural schools and educational systems struggling to adapt to online learning, this issue has quickly come to the forefront. The current status of the satellite internet and 4G wireless internet being provided to geographically isolated is just not adequate enough to keep everyone connected and able to work and learn. While some have suggested expanding cable and broadband internet systems to reach these rural areas, it is alarmingly non-cost-effective and would take a significant chunk of time. Thankfully, there are a number of satellite internet providers who are rapidly upgrading their networks, as well as a number of new companies entering the marketplace.

By far, one of the biggest and most exciting companies with plans to enter the internet provision market is SpaceX and its Starlink system. The main difference between Starlink and current satellite internet providers lies in the distance their satellites orbit the earth. Currently, providers like HughesNet rely on Geosynchronous Equatorial Orbit (GEO) satellites that are in static orbit around 22,000 miles above the earth. This allows for a constant signal for a large geographic area, but with very slow speeds, that just are adequate for today’s digital world. In comparison, SpaceX’s Starlink system is constantly moving in Low Earth Orbit (LEO) at about 1,200 miles above Earth. This means that the Starlink system can provide a much stronger and faster signal with much less latency just based on the much closer distance. Tasks that were nearly impossible on satellite internet of old such as videoconferencing, online gaming, or streaming, would be accessible to many more rural households and businesses via the Starlink system.

Read More:   HOW TO FIX PINK SCREEN ON LAPTOP

Obviously, this all sounds great in theory, but how is it actually performing? SpaceX has just rolled out beta testing for some Starlink customers and the early results are very positive. Whereas older satellite and 4G home internet provider could provide speeds around 25mbps, Starlink users are reporting average speeds of 100-160mbps. This is a huge jump in internet speeds, fairly comparable to speeds of a standard cable internet provider you’d find in cities and suburbs. Beta testers in rural areas who used to not be able to stream low-quality videos are now reporting to stream 1440p and 4k video on YouTube. This difference cannot be understated. If Starlink is able to provide speeds comparable to the beta testing speeds over a large geographic area, it could be revolutionary and massively beneficial to closing the digital divide.

That being said, Starlink isn’t without any issues or potential pitfalls. One of the issues with launching Low Earth Orbit satellites is the need to keep them constantly moving. This means the Starlink customers have to have their signals occasionally switched from satellite to satellite, which can result in quick breaks in coverage that can interrupt tasks like video calls or online gaming. Early Beta testers report that while it can occasionally occur, it’s few and far between and resolves itself very quickly when connected to a new satellite. Another potential issue for widespread success is the sheer cost necessary to launch a full fleet of Starlink satellites to cover as much rural area as possible in the country. The CEO of SpaceX has already come out after initial beta testing successes and spoke about the challenge of finding a cost-effective way to launch more satellites, keep them in orbit and functioning, and reach the largest amount of people possible.

All in all, Starlink’s beta testing has come back showing very positive signs that give hope to rural consumers hoping to get high-speed internet to stay connected to the modern world. While there are definitely some financial pitfalls and technological barriers to overcome, this is a fantastic first step as a proof-of-concept that satellite internet can help bridge the digital divide.

The eCommerce Business: What You Need to Know

What Are Your Competitors Doing About Their Online Reputation Management Reviews?