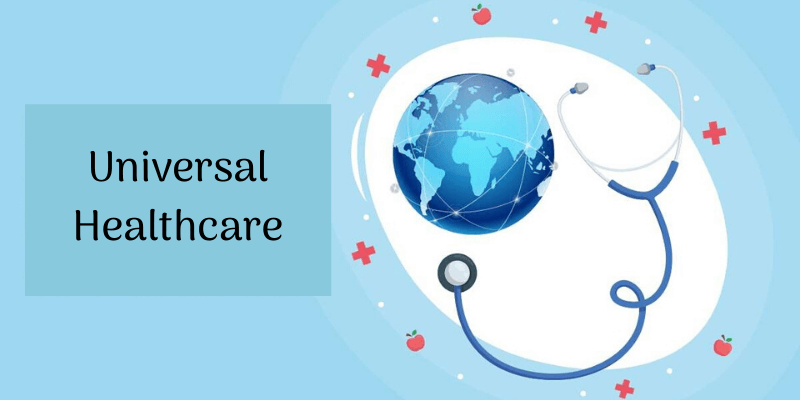 In times when none out of the public and private healthcare institutions can cater to the emerging needs of the people in remote locations, you might think how universal healthcare makes sense in this world of technology. When the focus of the majority of healthcare organizations is still on the outcome-based models rather than value-based ones, the concept of universal healthcare doesn’t seem to make too much relevance. But, contrary to the practicalities and trends going on, the idea has the potential to save many lives, while transforming the course of the way people look at healthcare.

With the rising population and increasing burden of old age along with epidemics and rare diseases, the healthcare industry is under a lot of burdens. If you look closely, you will it reflecting in organizations and institutions all over the world. For example, more doctors are facing burnout today that is in turn affecting the quality of care a patient can receive.

No doubt the traditional approach to the success of the healthcare industry lies in counting the number of patients that have received care. But, with changes observed on the cards, the wave of consumerism is spreading like a wildfire, driving organizations to alter this approach of theirs and make it more value-focused for the patient.

What is Universal Healthcare?

The concept of universal healthcare emerges from the fact that population healthcare management is one of the top priorities of the world today. Both the public and private industries are looking forward to work in a way that addresses the concerns of the world’s population, ultimately giving a boost to the status quo of the standard of living.

Therefore, universal healthcare is a system that provides quality medical services to all its citizens. Regardless of a person’s capacity to pay back, universal healthcare services are offered to everyone. Even though the cost of providing this kind of healthcare resides on the shoulders of the government, it is the taxes and other funds where it is derived from.

Read More:   Want To Make Your Pictures Perfect? Now You Can

Even though the idea seems so fundamental to population care management, it is alien to a lot of countries around the world. Statistics suggest that 33 percent of the countries in the world are deprived of a universal healthcare approach. Believe it or not, but the United States of America is one such developed country where this concept hasn’t already been implemented.

There are more than a few advantages to the healthcare industry that the Universal Healthcare system can bring. Even though it draws its shares from the taxpayer’s pockets, making healthy people pay for the services of the poor. But with this enforcement, there is a promise of better tomorrow on the horizon.

Although the idea enforces a lot of things on the population, governments, hospitals, and others, there are many bright sides that nations cannot turn their blind eyes. Research indicates that the shift towards a universal healthcare system in the US alone has the potential to save as many as 68,000 lives and the cost accounting to them comes around to be $450. Not only does this caters to the demands of people who do not have access to healthcare solutions but also takes preventive measures that could impact the population as a whole, if left to be escalated.

The universal healthcare system lowers costs in two of the obvious ways. First, it reduces healthcare costs for the people, freeing them from the burden of approaching care services in times of need, due to cost constraints. It intuitively requires the intervention of the state government to negotiate and regulate the prices of healthcare services in the market. On the other hand, it also lowers administrative costs. In other words, doctors have to only deal with one government agency instead of dealing with multiple insurance agencies and other forces

Read More:   what is coding?how many types of coding?

When the government regulates the healthcare prices directly in the market, it forces medical institutions and doctors to provide the standard services at lower costs. This directly means that the quality of services will be independent of the costs and patients will be treated for value rather than outcome-based services.

Universal healthcare services also account for a healthier workforce across the globe. Because people will no longer be afraid to avail preventive services, it will raise the standard of living and reduce the need for emergency room services. Statistics suggest that without access to preventive services, 46 percent of the patients went away from availing care because emergency rooms weren’t vacant in a medical facility. Consider dental care in countries without universal coverage, where few people have access to insurance and most go years without seeing a dentist or an orthodontist.This directly led to healthcare inequality and was also one of the biggest reasons for rising healthcare services.

The concept of preventive care can also be extended to childhood care. This means that the children can receive adequate care in the early years so that it reduces the burden of any future social costs. Families can be taught to adapt to healthier lifestyles and make choices that add to the nourishment of their children.

The advantages of the universal healthcare systems are many, even though it puts the issue of making profits in question for private institutions. However, with the balance in investing technology, and charging the rich for it, it is one idea, that a lot of emr consulting services provider in healthcare organizations are taking care of. Ultimately, the paramount goal of the healthcare industry is to save lives, and steps must be taken towards it.